But I hadn’t banked on FOMO. Not fear of missing out per se, but fear or sadness about my interests diverging from those of my friends. Particularly cruel, I thought, when I’d taken the decision to sit out the snow adventures, to find rock slipping away too. But in a more positive light, I also started to feel attracted to the prospect of longer climbs, in more remote places, for which trad would be the only option. To the prospect of climbing something rather than some routes. Out of the corner of my eye I spotted a two day ladies’ only trad course with the NZ Alpine Club the following weekend. At the moment I am craving structure in everything I do so a short introductory course sounded like a relatively undaunting way to get that structure, upon which i could take the decision whether to push into the trad world or continue my policy of staying well clear. I quickly signed up before I could change my mind. The course requirements were that you could already lead comfortably outside on bolted routes. So naturally I had to quickly get over my fear of leading outside so that I could blag this. 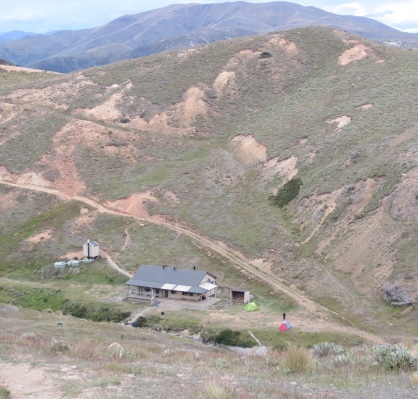 Woolshed Creek near Christchurch was the location. With the WTMC gang I passed a very pleasant two days climbing and staying at Woolshed Creek Hut. Being 90 minutes walk from the roadend, it’s very accessible but with a lovely feeling of being away. I’m keen to do more climbing in places that involve a walk in, even though at the time it feels like drag. We made it to the rock by late morning, after camping at the roadend and dropping our stuff at the hut on route.

When it was my turn to climb, I found that the rock was solid and my head was in the perfect place. Instead of mainly top-roping and leading one climb a day, as would be my standard approach to climbing outdoors, I decided to do solely leading for the whole weekend. And it made a world of difference to my confidence. 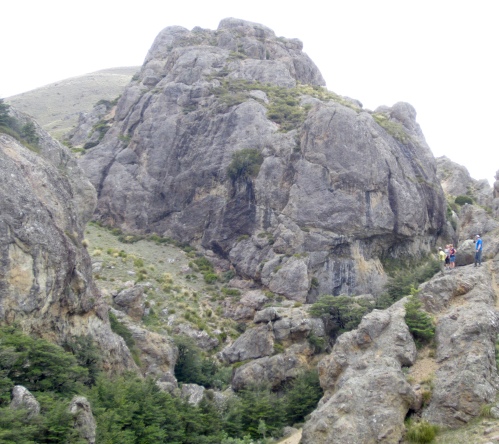 The team (middle right!) surveying routes for the following day

One week later I was back near Christchurch for the course, at Rapaki Rock just 30 minutes drive from town. It was a great introduction to all the elements of trad climbing. Trad climbing is where there are no pre-set bolts in the rock. Instead you make your own protection by jamming various shaped pieces of metal into various shaped cracks and holes, every metre or two. You then clip your rope into those pieces of gear, so that if you were to fall, you have a fixed point to the rock not far below you. It all sounds very sensible, but in practice it’s quite hard to feel confident when you know that your safety depends on having chosen the right piece of gear, and fixed it firmly at the right angle, in a trustworthy piece of rock. So we did a variety of exercises to get us more confident in trusting our gear and our choice of placements. Our instructors checked what we’d done and, more often than not, responded with the wonderfully reassuring phrase: ‘I’d happily take a fall on that’.

On day two, the time came to do our first proper leads on trad gear. I had already taken a little top-rope fall on the climb I would do, so I was not feeling confident at all. But I wanted to leave the weekend having done a lead climb, so I decided to just start the climb and see what happened when I got to the difficult section. The first part went fine and I managed to find good spots to wedge my protection. But at the crux of the climb I panicked. I neither wanted to relinquish my hand holds to place gear, nor climb down (because I’d have to rest on trad gear), nor climb up (because I didn’t like my body position for the move I’d have to take, knowing that I fell there last time). After procrastinating for what felt like hours, I finally climbed up, leaving myself with little protection in place had I fell, but getting me out of my stuck position. It was without a doubt the scariest climb I’ve yet done. But I did it, and afterwards I felt enormously proud of myself.

And so it was that the “No Bolts No Boyson” policy ceased to be, to my climbing buddies’ great surprise. This weekend I’m heading to Dunedin, climbing at Long Beach, to see if my nerves will hold out for trad leading after a month without climbing outdoors. Bring it on. 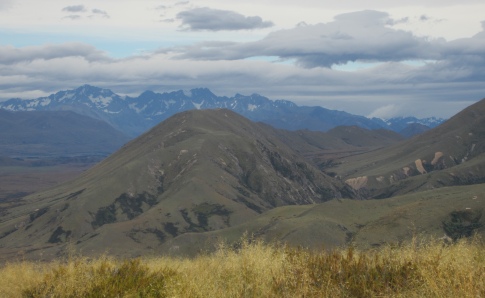 View from the walk in to Woolshed Creek 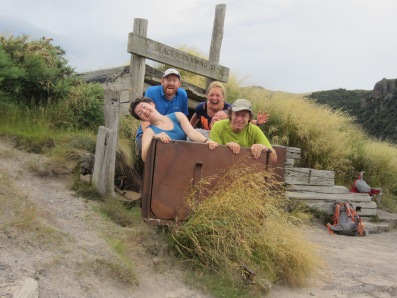 Old mining gear on the walk in 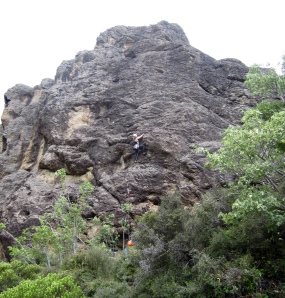 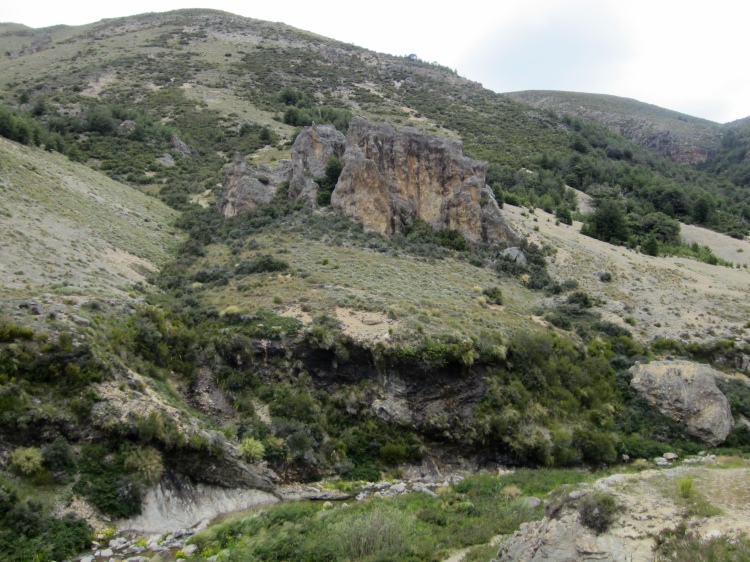 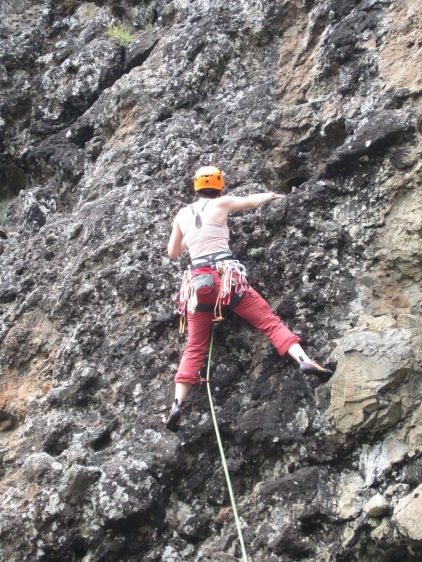 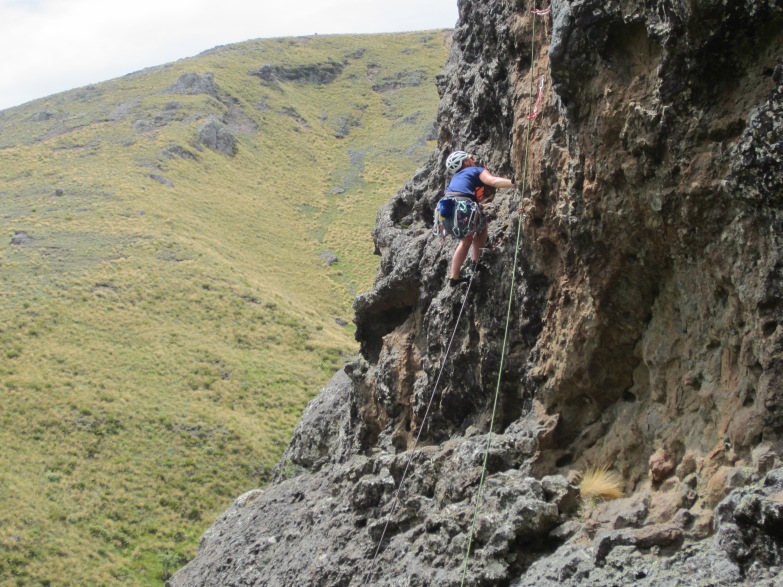 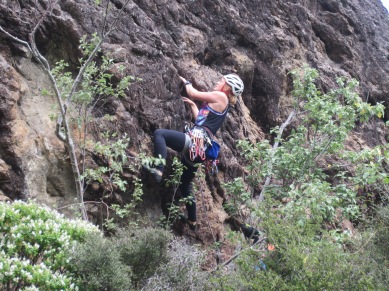 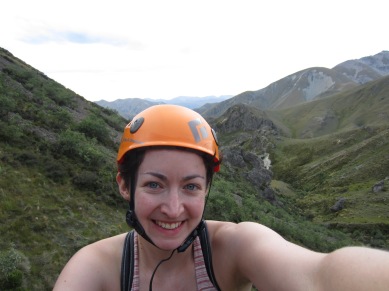 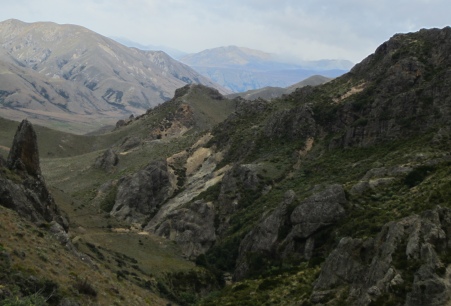 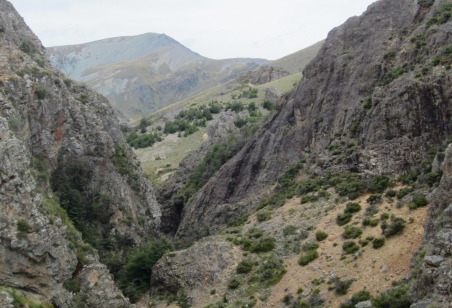 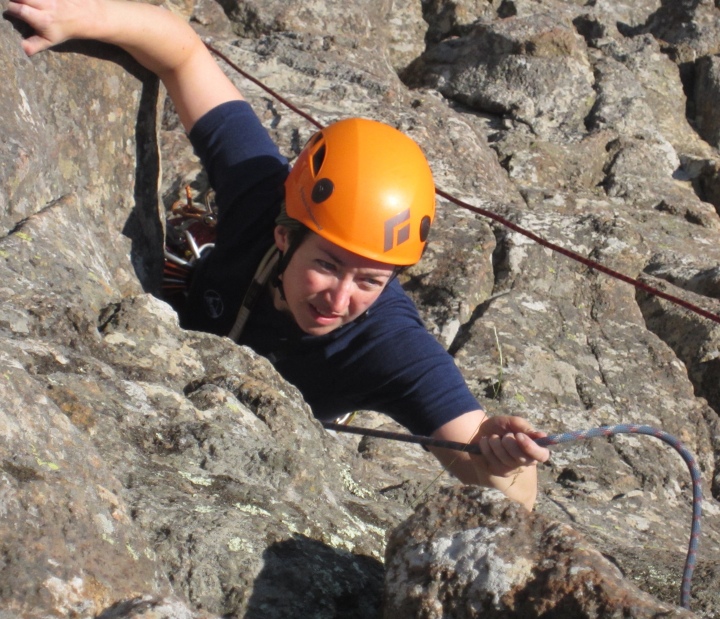 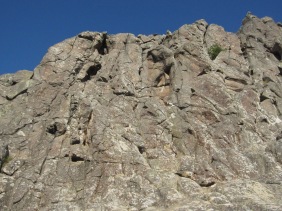 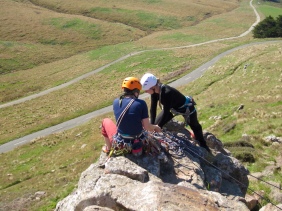 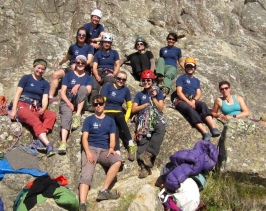 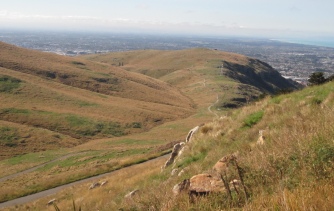