In a way, my shoe experiment was a success. I was successful in finding out whether I could tramp tough trails in shoes rather than boots. The answer was no.

The first test was the nine-hour Jumbo-Holdsworth loop in the rain: a decent 1300m ascent and descent; 22km on muddy tracks. Made it round no trouble. Except boy did my calves ache the following week! No ankle support means being really attentive to where you put your feet and your muscles have to work much harder to keep everything in line.

But every Wellington tramper knows that Jumbo-Holdsworth isn’t the real deal. I needed to try out these babies on the uneven, steep, tortuous, ankle-risking treeroot-lined tracks that our unpleasant forest is famous for. So the following weekend I took the shoes for a second test drive into the Tararuas proper.

The weather didn’t allow us to go over the tops so I had to pick a mainly bushline route. From Waoihine Gorge we went over the hill to Cone Hut, then up to Bull Mound to Alpha Hut. It was a hard ascent of 800m, and the Bull Mound section was exposed to brutal wind and rain. We arrived sopping wet and with no dry wood and a wet hut thanks to a leaking roof it was a damp evening. On the Sunday we descended via Omega track and ascended Mt Reeves. All was going great and the sun even came out for us.

To get back to the car we had to go down a local track that is not maintained by the Department of Conservation. Awesome, I thought. If I can do off-track Tararua travel in these shoes, I can do anything on the Te Araroa in them. Ankle support be gone! Five minutes of day-dreaming later, I twisted my ankle. Just like everyone had said would happen if I tried to tramp without ankle support. We were two hours from the road-end, which I managed ok after my friends took weight out of my pack, but my shoe experiment was over. 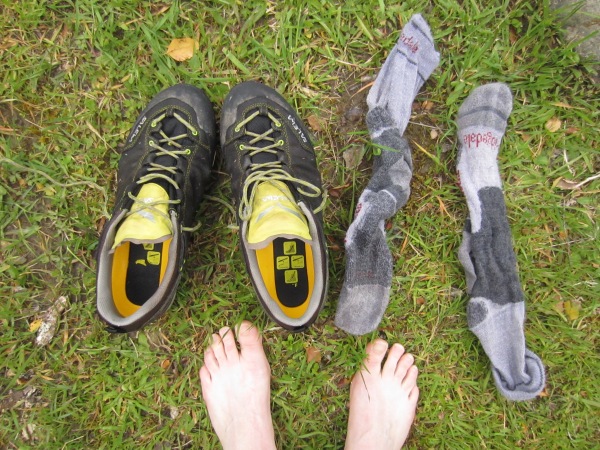 Not just my experiment but also my hopes of any training at all. No tramping, no running, no climbing: three weeks later my ankle is still swollen and my tendons and ligaments remain too angry to be coaxed into doing anything but a little walking. I’ve been losing my mind from the lack of fresh air and too much energy to burn. After ten days I started to swim, strapping my ankle to stop me damaging the ligaments. After two weeks I walked for an hour and my mood brightened. On Friday I finally got some physio advice and a prescription of ice ice ice.

As for the shoes? Well I’m still hoping to use them for most of the trail. Once I can bring myself to look at them without scowling. But as for the early mountainous sections of the Richmond Alpine Route… it’s boots that are made for walking. 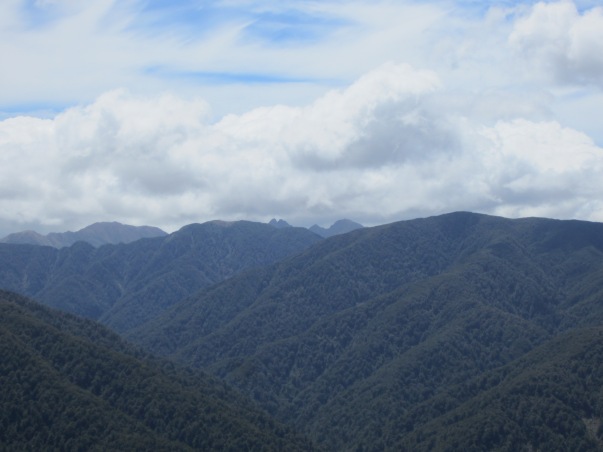