We’re starting to get the measure of the nature of TA walkers. The first type are the Purists. The Purists are on a mission to get to the next hut but one. They know where they want to be, and they will get there, at lightning speed. They will walk every inch of the track and would not countenance hitching. The Laissez Faires act differently. They wake up late, observe the weather that they didn’t know was forecast, and get going when they fancy. But they too move at lightning speed, and just keep walking until they get bored. Another 18km on top of a full day: so what? The Section Hikers are a smaller group, who just pick the best bits, eschewing the roadside hiking and the muddy sandfly forests. The Purists seem a bit uncertain about the Section Hikers, but possibly this is because this group includes the Kiwis who “know not to do the North Island”, and the Purists are still a tiny bit sore that they didn’t get the memo. But my favourite group is the Why Rush To Bluffs. They can be fast or slow, planned or disorganised, but prioritise having a nice time above all else.

And then there’s us. I’m not sure that the others know what to make of us, with our varied diet (or consisting of more than just instant mashed potatoes), our yoga and our ukuleles. No doubt we will find out at some point.

We bunny hopped the Pelorus River Track to get straight on to the Richmond Alpine Track. This is one of the toughest parts of the TA: 5-7 days, mainly above the bush line with big ascents and descents and a gnarly scramble over an exposed ridge. We planned to take nine days for it.

I know you’ve all been on tenterhooks wondering whether we had enough cheese. We didn’t have enough cheese. In fact that wasn’t the only food item we didn’t have enough of. Somehow in the last-minute food packing panic my sustenance calculations went a little awry. This dawned on me on the first evening once we were already in the mountains (Thing Number 1). At the same time, it became obvious that our pace (Thing Number 2) wasn’t going to get us through the exposed sections before an incoming storm (Thing Number 3). The warning bells struck and I recalled Megan’s rule of three: if three small issues arise that could affect the plan, it is time to change it or to abort. Multiple minor problems that lead to major ones. So we studied the map and agreed a new five-day crossing of the Richmond Range that would allow us two days of stunning alpine views before exiting the range to the East via Lake Chalice, ahead of the rain.

What we saw of the Alpine Route was stunning and I can’t wait to come back for the whole thing sometime soon. The exit strategy from the sandfly hell that is Lake Chalice involved a 500m ascent to the road end over 3km, then 16km of the windy staircase road down to Northbank Road. At that point we had to bank on hitching or it was another 30km of road or ride out the torrential rain in our tents on the roadside. With darkening skies morale was dropping but the universe provided. Three hitches later, we were in St Arnaud, collecting our food box and acting nonchalant to avoid raising suspicion we hadn’t fully earned it.

With two sections under our belt we are better prepared for what is to come. Our food planning is more realistic, our blisters are healing (sort of), and our bodies are stronger. We were almost ready to set off for the Waiau Pass, but the weather window was not right. So when we saw that there was a day of low wind in Nelson Lakes I couldn’t resist a quick overnighter to Angelus Hut to fill the time. That counts as a rest, right?

But now the next rain deluge is here and the valleys are still saturated from the earlier storm. I am itching to get going but the clouds are suggesting we may have a bit longer to wait. Patience is not my strong point…

Bad decisions not to carry insect repellent: one

Good decisions not to be in the mountains when the weather bomb hit: one

Jars of peanut butter consumed: one 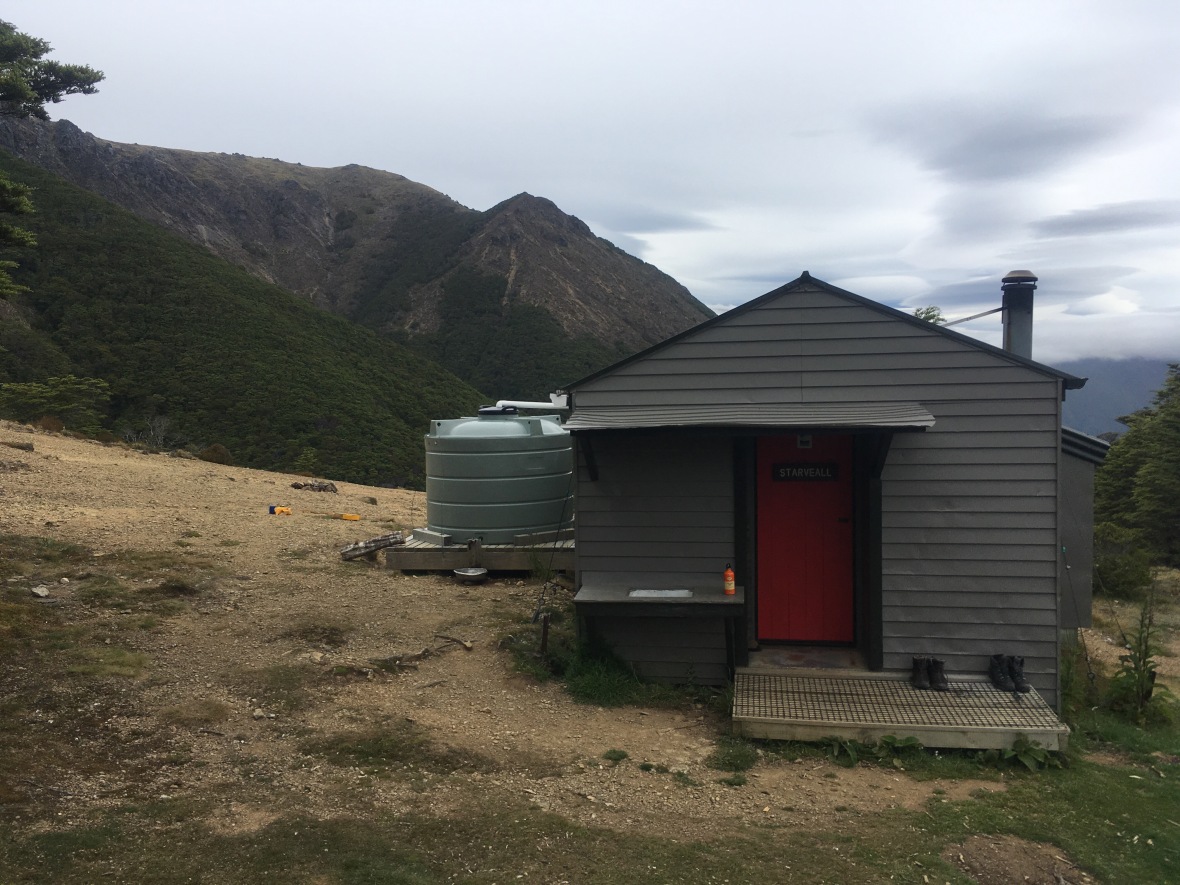 The long descent to Lake Chalice 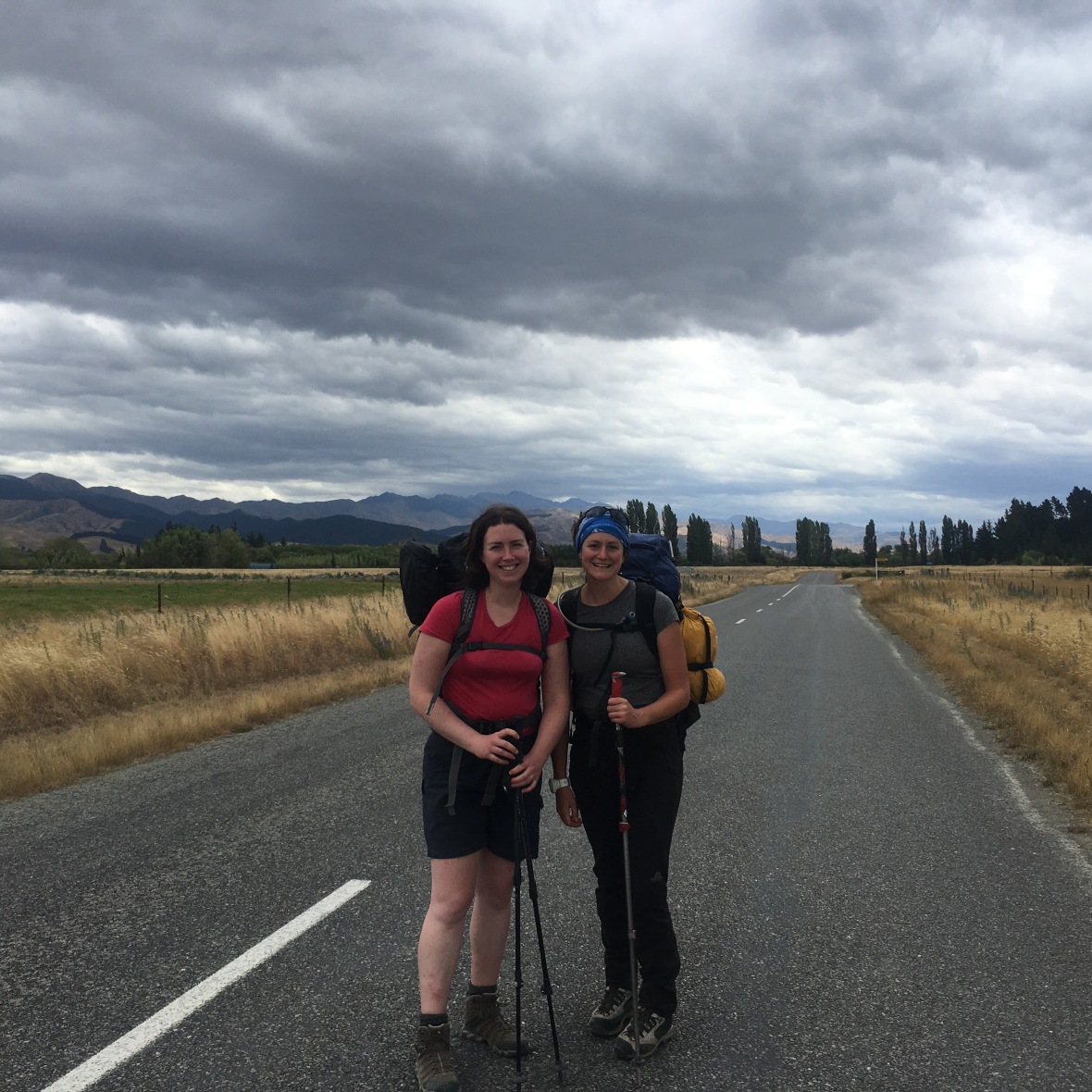 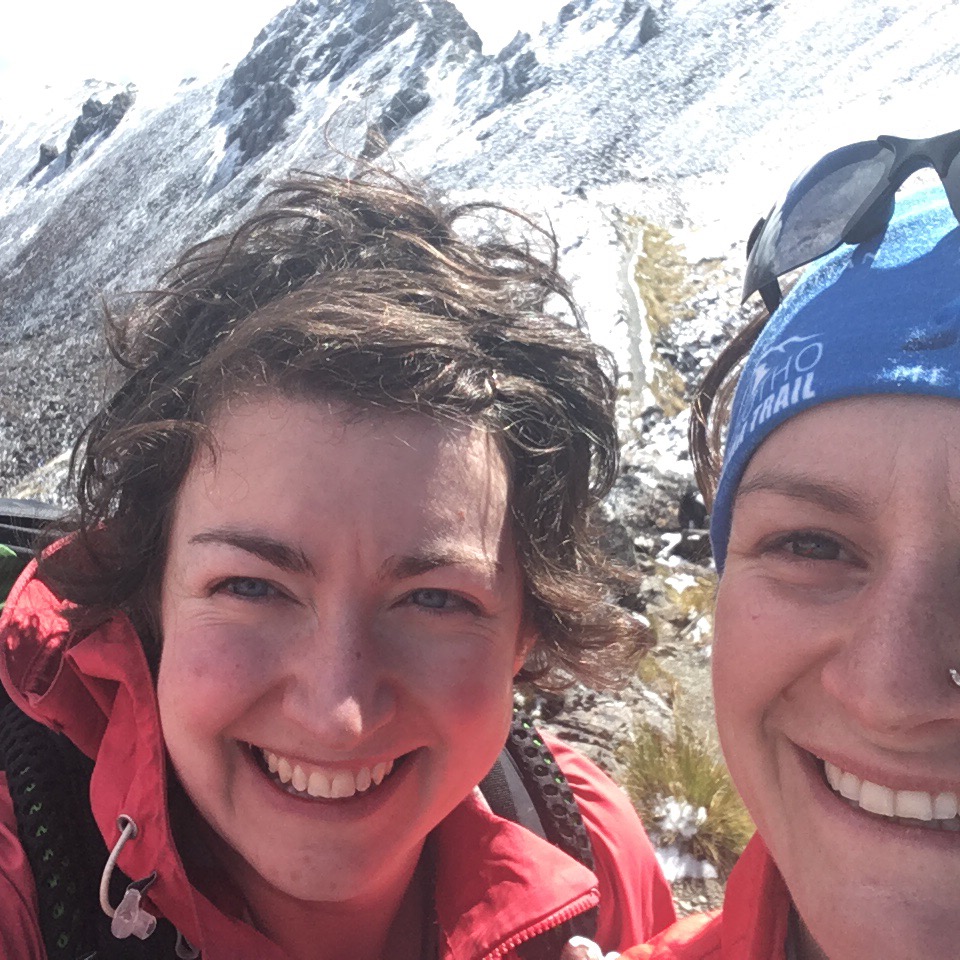 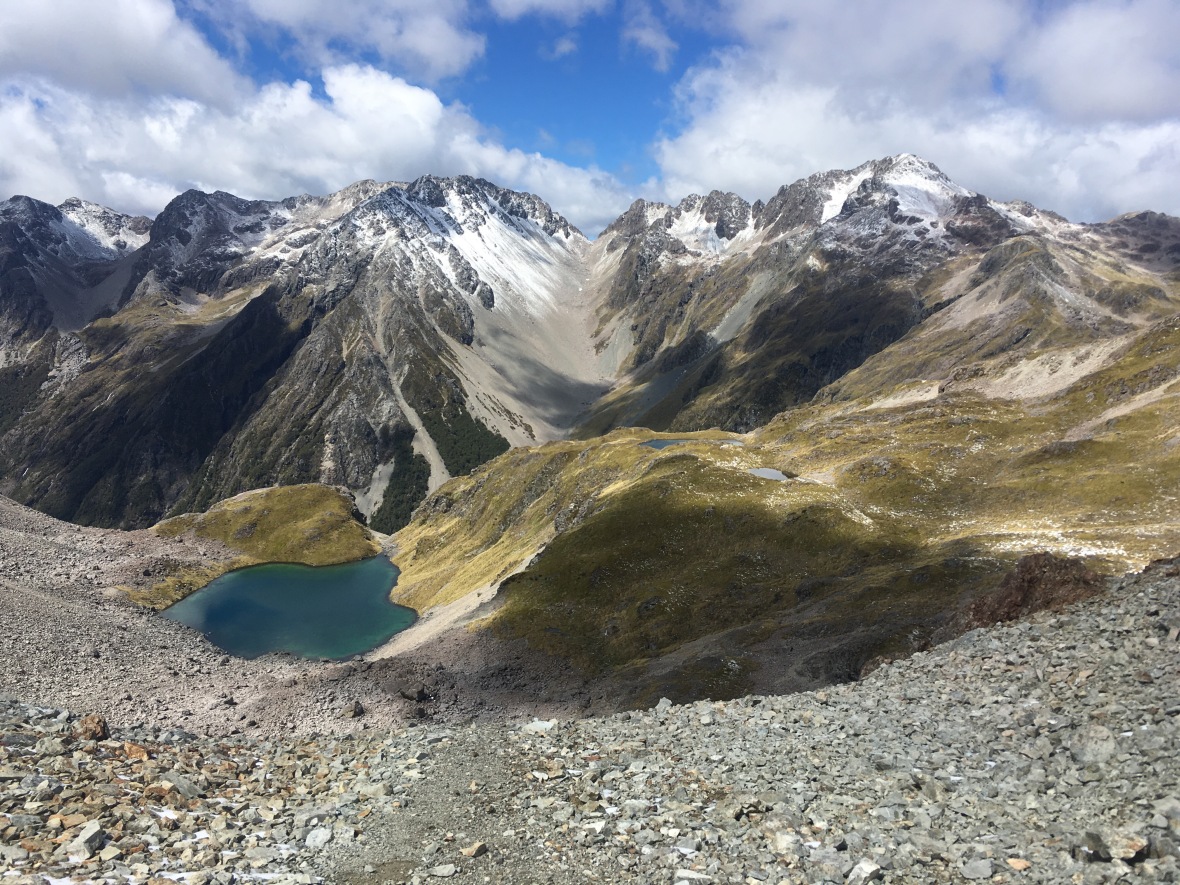 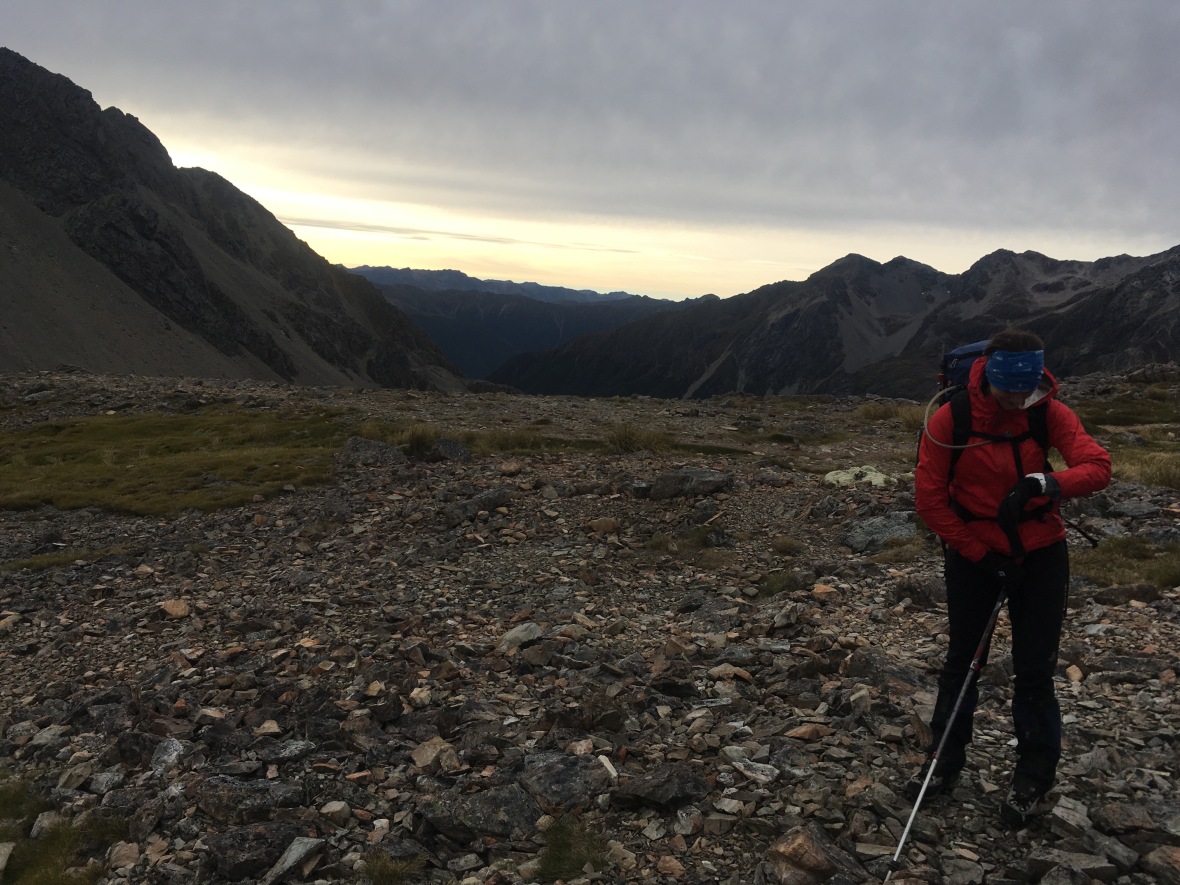 Five hours to get out before the rain returns