What attributes do you need to hike the Te Araroa? I asked my fellow travellers. Stubbornness, they all replied. Toughness said one. Rules, said another. Cheating, said a non-hiking observer, bemused as to why people put themselves through this self-punishment.

For its penultimate section, the Te Araroa threw me a mixed bag of challenges that called on all the qualities we TAers have developed. The first two days were through the Takitimu Forest. Forest walking requires a TA hiker to really love tramping (attribute #1). The paths are hard, go up and down and up again, there are seldom views, and it gets claustrophobic being denied light for so long. The walk to Aparima Hut thankfully dotted in and out over tussock land and was most pleasant. The following morning a decent five hours of hard forest grunt had me at Lower Wairaki Hut in good time for second lunch. I was merrily enjoying a cheeky lunchtime brew when my companion dealt the unwelcome blow: ‘you’re gonna need that coffee for the 500m climb’. Dang and blast. I hadn’t looked at the map. He was right. I gulped another spoonful of peanut butter (supplies thankfully restored from previous danger low) and reloaded my snack bag. TA skill #2: finding reserves of energy for challenges you are not mentally prepared for. The bonus of not knowing about the hill was that I also didn’t know there’d be a summit, and my breath was taken away as I saw the south coast for the first time. For the first time, I had the feeling that I’d really walked this whole island, from Ship Cove to here. It sometimes doesn’t feel that way because of the non-linear style of the middle part of my journey. At Telford Campsite we celebrated the milestone with a bonfire and bourbon, the essential sandfly repellents. The bonfire lets you kid yourself they are gone and the bourbon makes you not care anyway. TA attribute #3: high level of resistance to Sandflies.

That night the wind picked up. It will die down, I lied to myself. It never did. 12 o’clock came. 1 o’clock came. My tent held up but I couldn’t find a way to sleep with the noise and the pounding to my shelter. Finally sometime after 2am I started dozing in between the biggest gusts.

TA skill #4 is hiking after a shit night’s sleep. That day was an easy 4wd track out but in 50km winds we had to walk at an angle to stay on the path. We decided to splash out and stay at Birchwood Station, a farm that lets trampers use a homely cabin on their property for a small charge. How we indulged in the luxuries of hot water, real beds, cold beer and a home-cooked meal. We watched the world go by (the occasional farmer and sheepdog) from the warm deck.

I awoke early for an easy day of forest tracks. In NZ non-native forest is described as exotic. It was surprisingly fun wandering through eucalyptus and pine trees. A change is as good as rest? We hitched in to town to resupply, where I filled my bag almost entirely with sweets and chocolate. Might as well enjoy the last few days of being able to eat whatever I want.

Then it was back to the forest, and I was braced for a big day as there was only one option for accommodation and it was 11 hours away. The Longwood Forest has a reputation for mud, and it didn’t disappoint. ‘Don’t fall in the bogs’ was Jim’s top tip, having spent time here before. In the middle of the day pleasant respite was had on a downhill section of access road. Alas, I enjoyed it too much. I glanced down at my compass. To my horror, we were travelling north. With haste I checked the GPS. We had walked 2km past the turnoff back into the forest. Argh! TA attribute no #5: ability to move on quickly from mistakes and hard times. It took me an hour to stop despairing at having made a hard day harder, cursing my idiocy. Need to work on #5.

The weather turned foul and the sections that should have been pleasant easy tops walking turned into bitter struggles against the wind, rain and bog. TA attribute #6: ability to grin and bear it when it turns miserable. Once out of the worse of it, the descent in the forest was on the muddiest tracks I’ve ever walked. I was freezing by the time I arrived at Martins Hut. Built in 1905, Martins Hut is not normally luxury accommodation. The trail notes describe the hut as tired but welcome shelter in poor weather. Ain’t that the truth! That night it felt like a hotel. I normally sleep outside the old mousey huts but, for my final backcountry night on the TA, I slept inside and had one of the finest nights’ sleep of the whole trip.

Thankfully the rain had ceased by morning and it was an easy walk down a gentle gradient following an old water race. TA attribute #7 is being flexible. This is not normally my strong point but I was happy to deploy it when a signed shortcut out the forest cut out 9km of the winding slow forest path through a farm. I took a sneaky peak in to the milking shed to check whether it’s time for me to become vegan yet. Almost but not quite. The cows seemed OK.

I arrived at Colac Bay at 4.15pm. My choice was to put in a another 13km section that day, or have an absolute mission the following day. I decided to go for it. It was a bit of a sketchy decision as I wasn’t sure if I’d make it to Riverton before dark. I deployed TA skill #8: ability to keep putting one foot in front of the other as fast as you can. Doubt started to creep in as the path started winding up over cliffs, back down to the beach, and sometimes through head-high bushes, as the light dropped lower in the sky. It was the sort of walk that would be amazing on a Sunday morning. But it was 6pm and I’d been walking since 8am. Had I bitten off more than I could chew? To my surprise I deployed TA skill #9, one I haven’t really recognised enough that I’ve been using: belief and confidence that you can do it. ‘You can chew this!’, I shouted to no-one along the beach. At 7pm I realised I was going to make it and celebrated by swallowing a Moro bar whole. I arrived into Riverton just before dark and collapsed into the hostel, thrilled and exhausted.

Number of times I had to wash knees to get mud off: 3 and counting 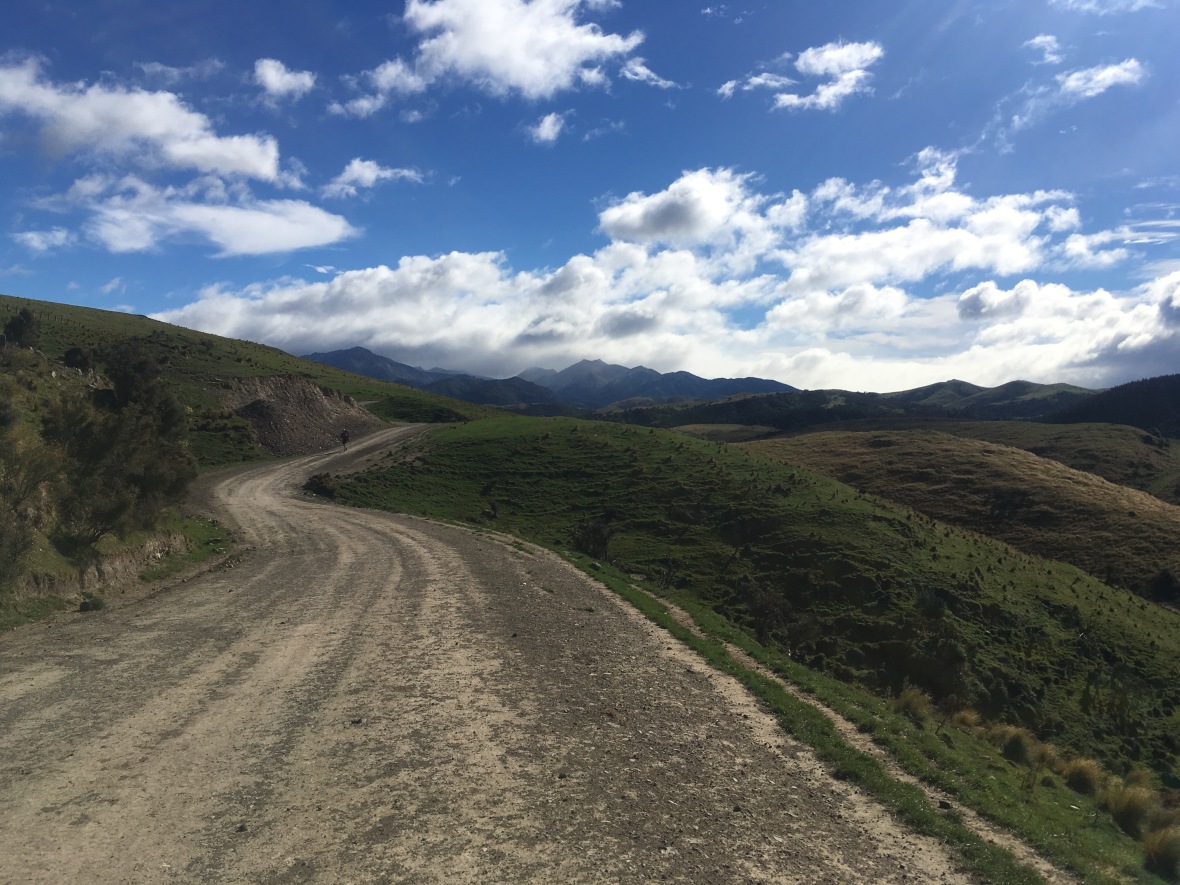 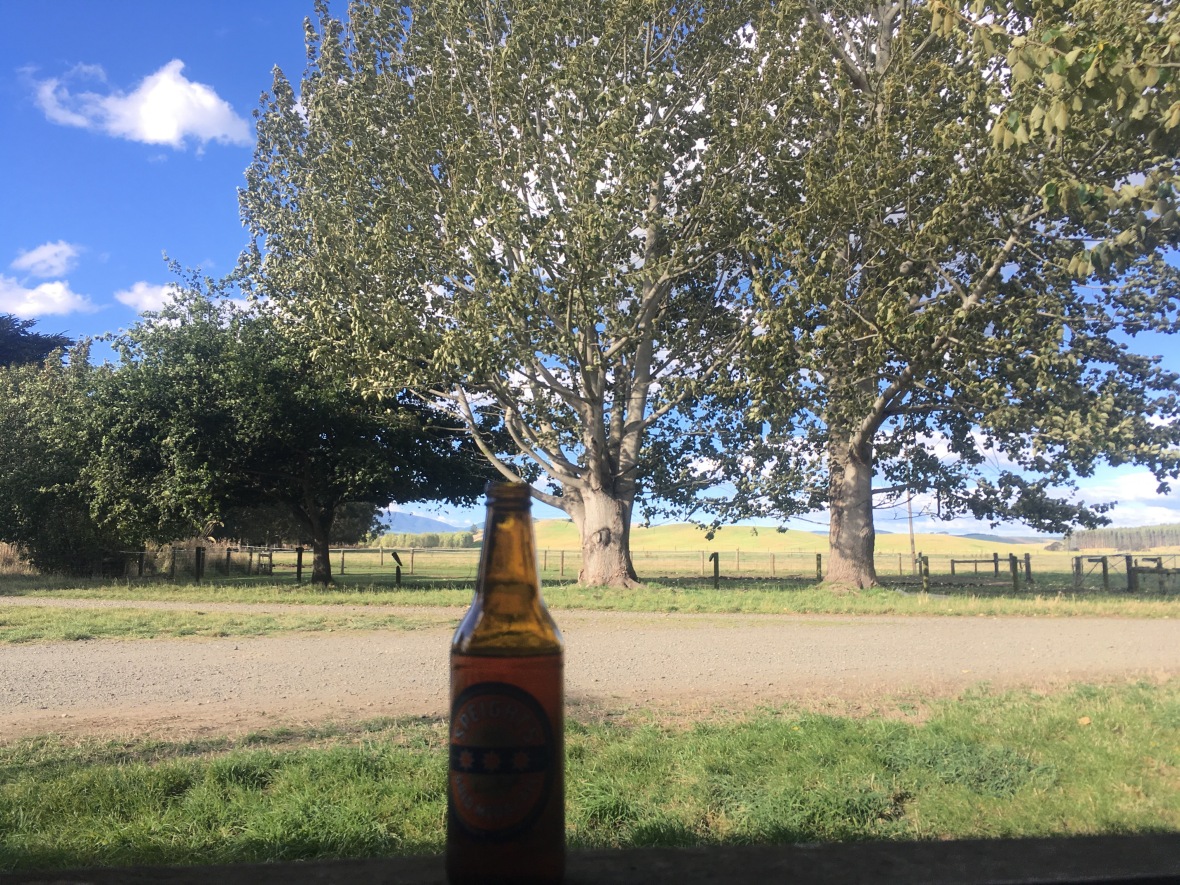 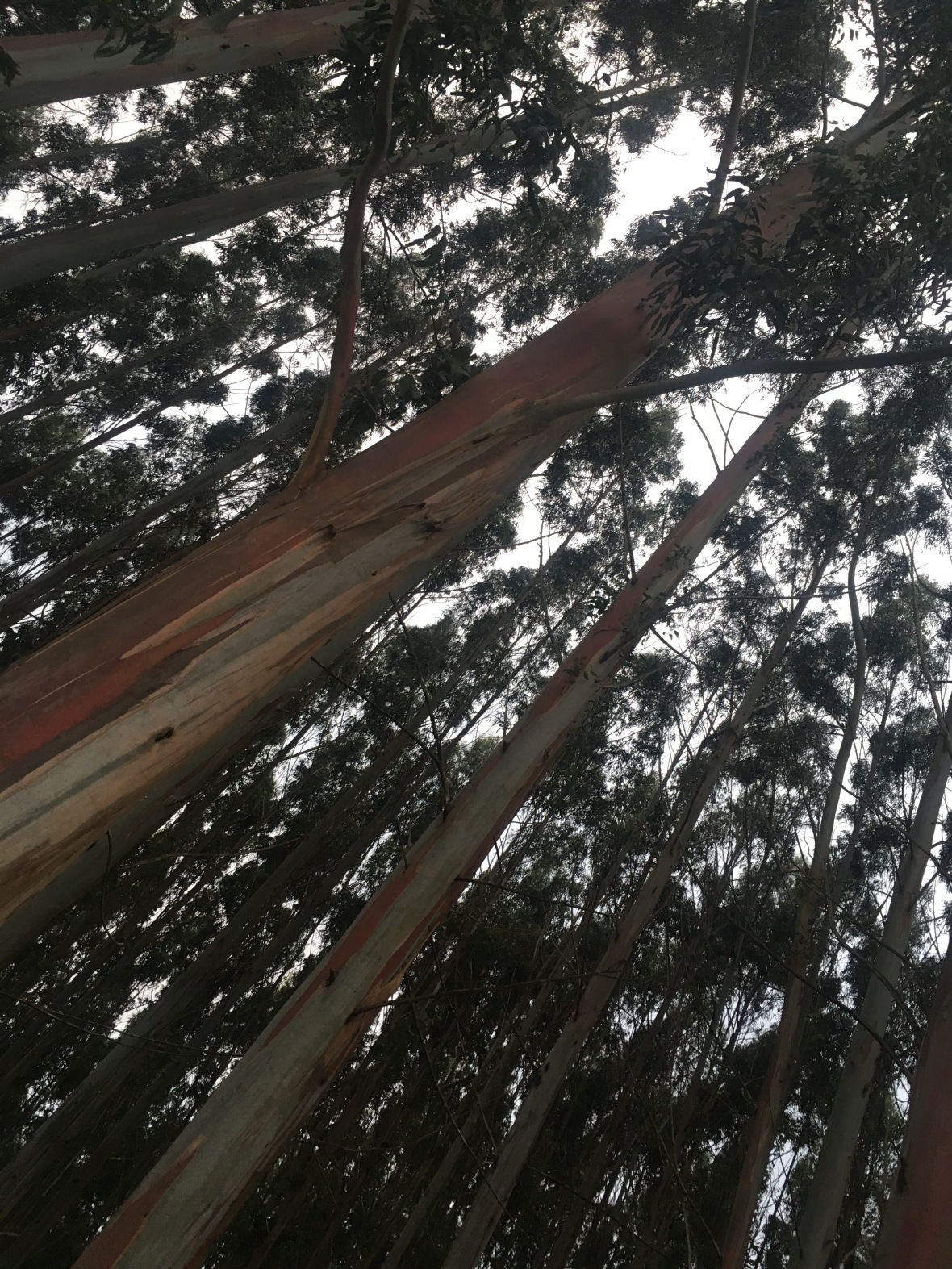 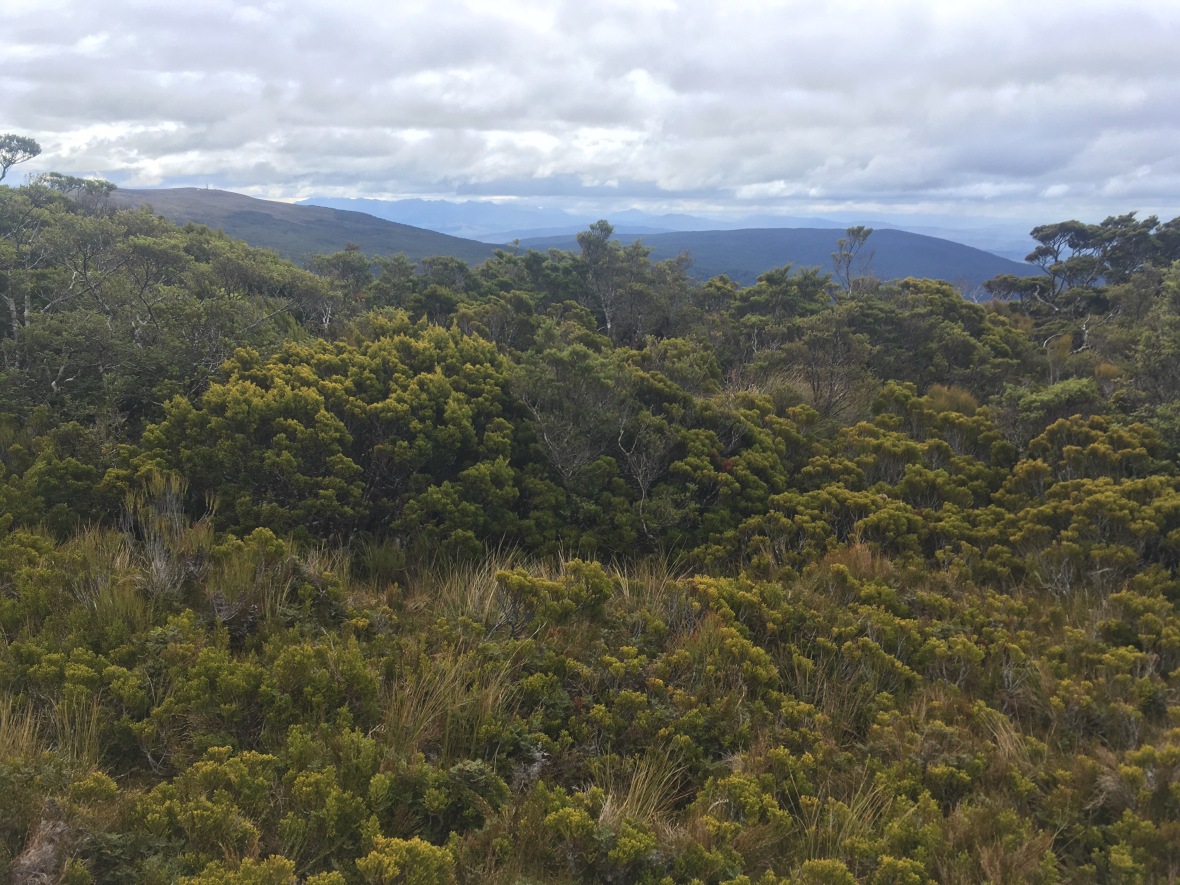 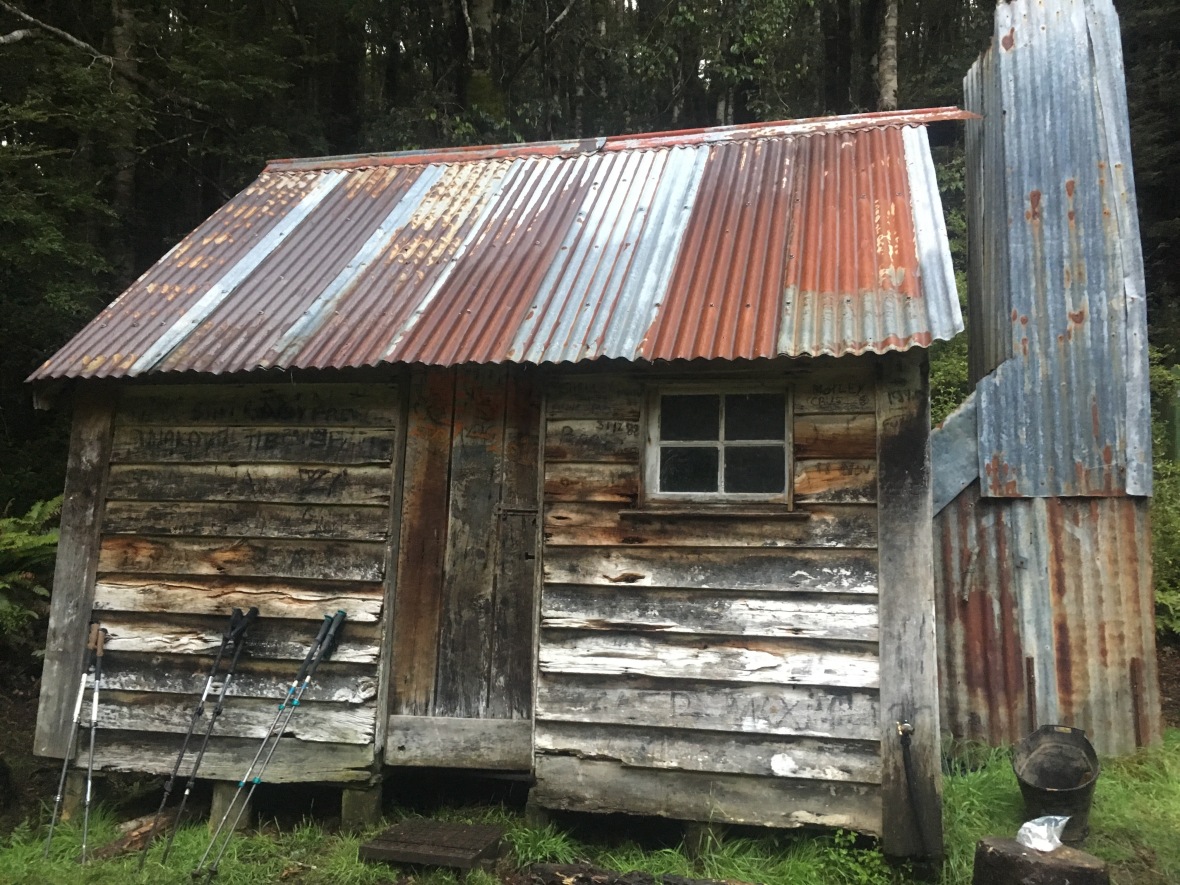 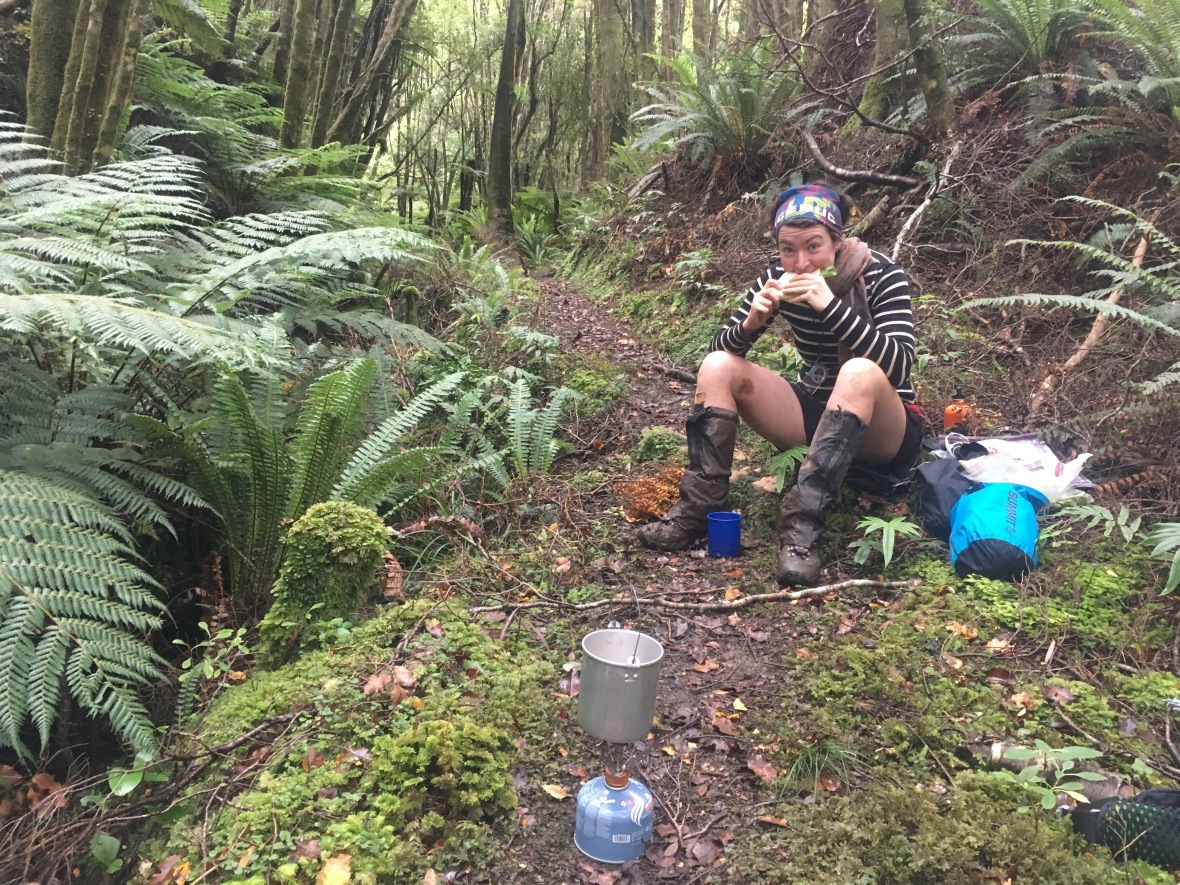 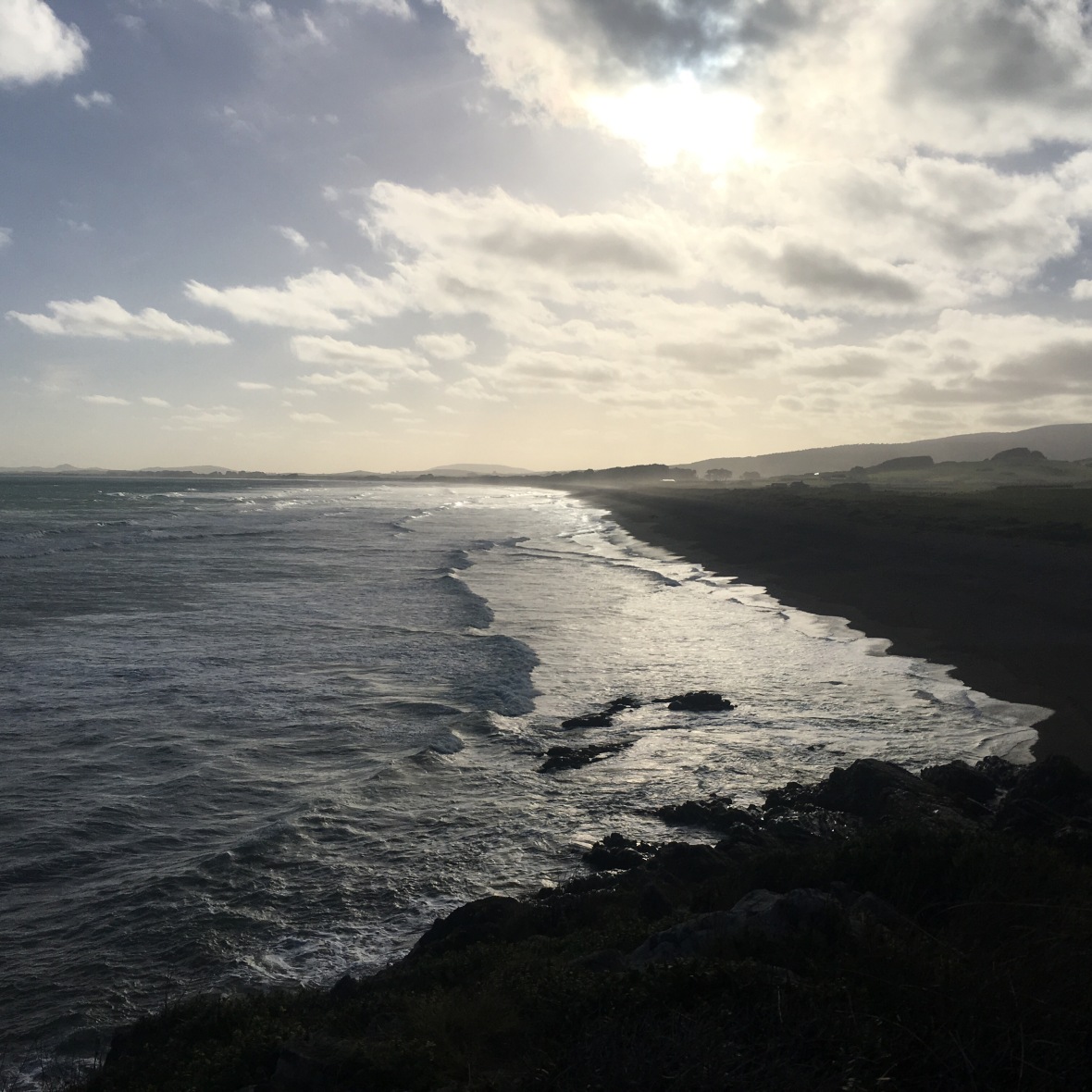